Provide full-service omni-channel catalog and listing management solution, with an emphasis in virtual bundle listing creation and management. With the end goal to empower our clients to expand their business and grow their revenue exponentially with minimal increased overhead. 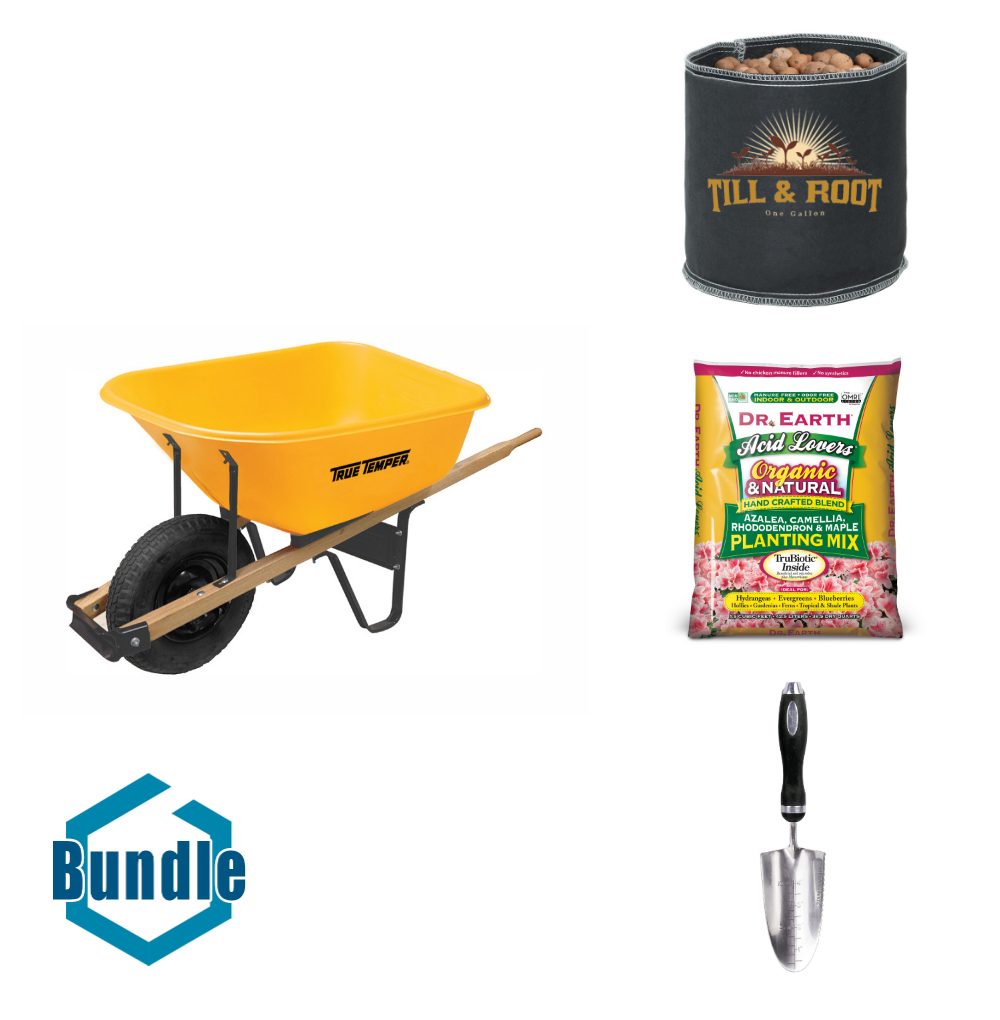 What is a Virtual Bundle?

A virtual bundle is a listing that derives all of its sales data including cost, pricing, inventory, and handling time from the products in the bundle dynamically. This listing is created and sold as a ‘complete’ product rather than an up-sale technique such as the ‘Frequently Bought Together’ ads.

Today virtual bundles are hard to create and manage.  Until Bundlr, a merchant would need to spend the time to create the image, description and listing data needed for each new virtual bundle and then manually upload that data to the marketplace.

If they sold on multiple marketplaces, they would probably have an order management system. Although, listing each of the bundles on each marketplace would be tedius and problemactic. As each marketplace requires different data points for each listing.

Although Amazon currently allows bundles, the most common listing is for individual products. This creates many issues and there is a reason for this.

Bundlr solves the issues laid out above and provides features that are added benefits to merchants to expand their listings and create a one stop shop for bundle creation, listing, and management.

As expreinced Amazon merchants, we realized that we wanted this service for ourselves more than anything. By using our real world numbers, we can show the potential gains to our subscriber's bottom line.

Let's review some figures. Till & Root currently has a catalog of 30,000 ASINs.  They pull their inventory directly from their supplier and only stock a limited amount of products at FBA and in their local warehouse, so at any given time roughly 20,000 are active.  As of September they had generated over $3,250,000 in total revenue year to date.

Of the 19,000 new listings created approximately 9400 were new single matches, 4000 alternate ASIN listings and 5500 Mutli-Packs.  These were created in 143 days.  In August alone 7700 listings were matched and created at an average of 335 new listings per day.  The ability to identify listing opportunities and quickly capitalize them is invaluable.  Every time a new listing is created it will continue to generate revenue in the future without additional labor.  For example the 960 listings created in January not only generated $15,000 of new revenue they have gone on to generate over $115,000 over total revenue so far.  Bundlr has generated a snowball effect where the revenue continues to generate after the labor is expended.

Till & Root has also begun to list Multi-Packs on it's website which utilizes the Big Commerce shopping cart.  Using existing export templates they have listed X new Multi-Packs which has resulted in many positive results.  These Multi-Pack bundles have produced over $25,000 and with an AOV of $71.29 which is a 15% increase over the normal AOV of $61.89.  Beyond these sales numbers it has also given them an edge on Google Shopping, as can be seen in the screen shot below, each new Multi-Packs gives them new advertising space which increased traffic to their website.

Buy Box:
The method that Amazon uses to award the first 'Buy From' request on each listing page.

Visit
Till & Root
on Amazon

Within the industry of providing listing control and management for marketplaces, there are various. Although, there are currently none that focus on virtual bundles.

The subscriber based SaaS (Software as a Service) business model is predominately the revenue model most of these companies have chose to go with and also the model we plan on implementing.

Although many of our potential clients may not be the size of Till & Root, the potential for most of our clientele to double or triple their gross income is very likely. This is why we believe that setting a flat rate price that most merchants can afford and with the right marketing we can quickly reach profitability.

Let's first look at our potential client pool. There are currently 5M merchants on Amazon with new merchants signing up daily. If we are able to sign up just .01% of that, that gives us 500 subscribers.

Jesse has built multiple companies to multi-million dollar a year organizations. His experience in e-commerce marketing and logistics is unmatched in today's ever changing market. Jesse's insight in the merchant services market has allowed him to recently build Till & Root to a $1M+ year company from the ground up in less than 1 year. 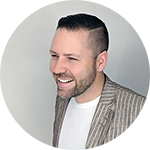 Farron started his first internet company at the age of 19. In the years since he has continuted to study and grow in every aspect of business. With relevent exprience in graphic design, web technologies, UI development, and extensive exprience in sales has brought him to this natural position to recognize an amazing opportunity at conception.

History of This Project - Note to Investors

As we were building this, we thought it prudent to share how  we arrived at this stage in this project. As you can see in the timeline above there is mention of a developer.

Through Jesse's extensive experience in this field, he came across a new unique software solution that would solve his issue of creating relevant bundle listings from his massive catalog. This opportunity fell into our lap when we contacted the developer and found that the software had been shelved but was available for sale.

The developer informed us that they had invested over a year in the design and coding of the software, but contracted with an outside partner partner for marketing and release, the partner subsequently failed on their end. The main issue on why that partnership failed is that the user interface design currently is extremely outdated and they chose to work with a company that was not prepared to deliver. The partner probably did not have the experience to develop a brand and how to encourage them to update the design and did not know how to create and implement a successful marketing plan. This in itself would have made it extremely difficult to sell. With that being the case, the developer asked us if we wanted to buy the software.

With our background in design and marketing we considered this an opportunity we couldn't pass up.

The software is now tested and semi-operational so we have proof of concept. Our developer assures us that the main coding is ready to go live on a commercial scale. We have also hired a consultant that reports to us to coordinate the final coding and implementation of the site into a new design. We estimate the redesign and launch will take approximately 4 months of additional coding work. This also leaves us 4 months to prepare for the launch as well.

This is a unique and extremely rare opportunity and we are looking for the right partners to join our team!

We are Looking to Raise

These numbers are based upon a valuation of $1.85M. Equity stake is offered at a 45% first round discount.

1 Stock Bundle or 800 Shares equals roughly 1% of the company.

This breakdown and percentage offering is based upon an estimated valuation of $1.85M.

There are 20 stock bundles available with a total of 20% of the company available for purchase.

Valuation Growth based upon the addition of just 300 new subscribers per year after year 1 and an overhead growth percentage of 20%.

Our initial plan is a multi-faceted web based approach to ensure that the day our software goes live we are immediately generating new customers. We have always broken down revenue generation when selling a good into three key variables: traffic, conversions and average order value. Everything else we do is just an element within those overall goals, how do we get a customer to see our product, how can we get them to purchase the product and then how do we maximize what they spend.  In this case because we have fixed prices we will focus on retention rather than order value until we add additional feature which will allow us to upsell to new plans.

To do this we implement a form of the AIDA (Awareness > Interest > Desire > Action) model of sales marketing.

Traffic is the first step, if nobody sees our software then nobody will subscribe to it.  All of the marketing / ads running will be to drive traffic to our website. For launch we will have created a unique video highlighting the software, building the brand and engaging potential customers informing them of the solution they cannot live without. This takes them through the 'Awareness', 'Intrest' and intro to the 'Desire' phase. If a picture is worth a thousand words, video is worth millions. Once traffic is generated, we maximize the want. We build upon 'Desire' phase by demonstrating the benefits of the software and how it can increase their bottom line with ease and solve pain points they either have or don't even realize they have.  This should cause them to take at least one form of action. We want to make sure we can get something out of every click, extracting as much value before their desire is gone. First, and foremost is we offer the oportunity to subscribe to our full service. If they do not immediately subscribe, we want to make sure we can market it to these potential customers in the future without having to pay for their click again. We do this by getting them to engage either by providing their email or through them subscribing to the limited "Free" service.  For the people that do none of these we will insert a cookie into their browser and re-engage them through static and dynamic retargeted marketing across the web. Once they leave our site, they will not be able to shake us.

In addtion to our inital PPC / Impression / Video Marketing campaign. We are planning on introducing and offering free plans to ecommerce professionals that have a large outreach. There are many podcasters currently that are catering to the E-commerce / gig / side hustle market and they also run their own merchant services. If we can reach out and partner with some of these "high influencers" we could obtain invaluable market reach with endorsement marketing.

Our overall marketing strategy will be break down into two categories, direct and content. 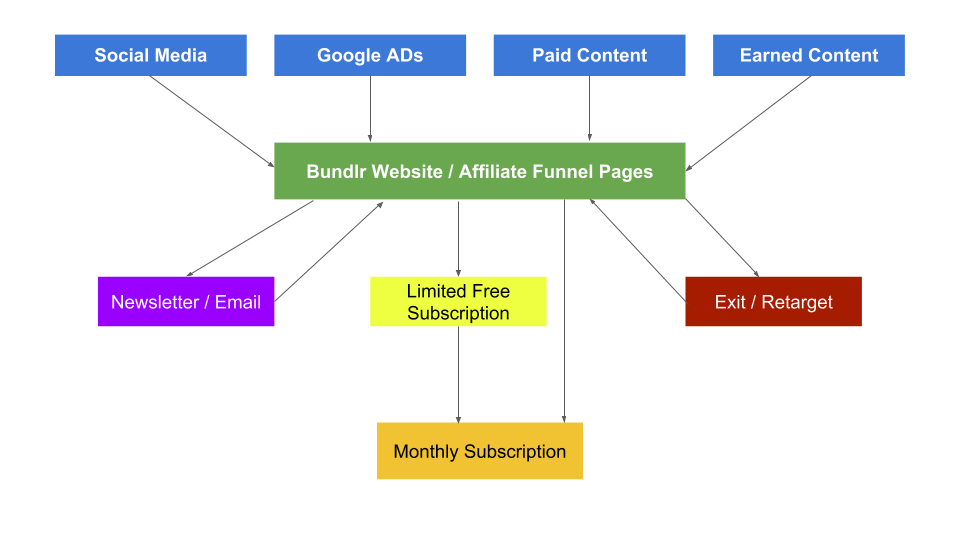